My book will come out tomorrow. . .

April 10th is a historic day, not because of my book coming out, though that excites me enough to blog about it.  There are many more April 10th events, but … Read more My book will come out tomorrow. . . →

Here is another retrospective post from my old blog. This was one of my more popular posts, and I figured I’d share it again.  I will mention this, I don’t do the Duggers.  I just don’t get it. I don’t care how many kids they have or any of that, and that’s just it I don’t have cable, and I don’t care. BUT, I was deeply offended by news stories that called them “weird” for wanting a picture of the baby they lost.  There’s probably a whole lot of reasons… Read more The Infamous Photo Post (best of) →

Nine Years Ago My Life Ended and Began Again

Right now, on December 30, 2011, I am watching Liam with peanut butter all over his little freckled face gobbling up a sandwich.  Now he’s talking with his mouth full, peanut butter clinging to his new permanent teeth.  He’s moving on to the Cheese-Its and pineapple chunks.  Now, he’s teasing Moira and making her irritated.  Now, he’s clearing his plate, and he will wash his face and I will tell him when he comes back that he missed some peanut butter, because that’s what happens. Nine years ago right now,… Read more Nine Years Ago My Life Ended and Began Again →

I went to bed Tuesday feeling not great, but Wednesday morning I was sick.  Of course my sick was nothing compared to Moira’s sick – she’d been sick all over her bed.  So, while Jim got her in the shower, I did lots of laundry, empty her sick bowl several times and finally got a nap.  This was not the most difficult day of my week. On Sunday, someone who told me he would do something for me backed out, no reason, no apology, just no.  This was after a… Read more What a Week → 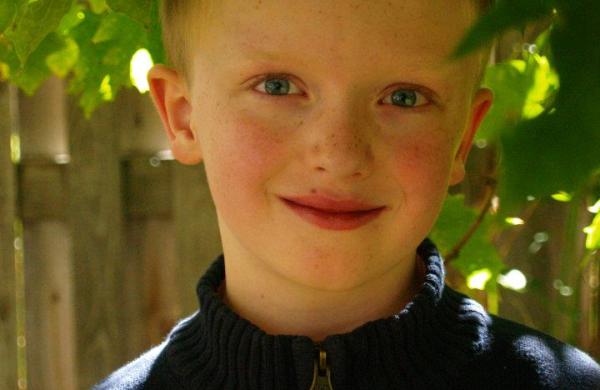 In my daily life I try not to worry because, above all, worrying is not productive.  I procrastinate with the best of them, but worrying isn’t an approved time-waster in… Read more Great Exploitations →

Well, despite my two dollar donation, the Gods of Powerball did not answer my call.  So, I will continue to try to change to world my own way.  Would have been a lot easier with seventy-five million dollars. Last night, after dinner, a new Paul Simon song came on the radio.  The dude just turned seventy, and he’s still rockin’.  Liam loved it and he calls out from the back seat of the car, “Mommy I like this music!”  Oh, he is so my son, further proven by the fact… Read more Still So Lucky →