Heart Warriors was officially released on April 10th of 2012.  It was entirely a coincidence that the book actually starts on April 10 of 2006.  The beginning of the first chapter ends on April 12, 2006, seven years ago today. April 12th will never be an easy day for me.  It was the only part of the book I found impossible to write in past tense.  Those memories were ingrained in all of our hearts with scalpel and saw, sutures and suction.  Today Liam and Moira had no school. To… Read more An Anniversary Excerpt →

At the Edge of the Bubble

I follow the Huffington Post Parents Blog on Facebook.  This is where I read about Emily Rapp and find other good articles and interviews.  Today, there was an article about… Read more At the Edge of the Bubble → 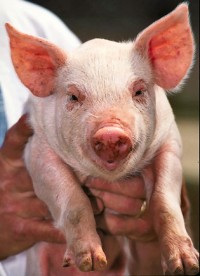 I had second thoughts about ever posting this.  Jim and I talked about it. He agreed that it’s absolutely honest, but maybe too honest.  We debated whether or not it… Read more Hope Snorts →

On the left are Moira’s health hands.  Plump, pink, little eight-year-old hands.  On the right are Liam’s hands.  See the bands of black at his knuckles? He’s apparently fine, though… Read more Never a Dull Moment →