6 If I can stop on heart from breaking, I shall not live in vain: If I can ease on life the aching, Or cool one pain, Or help one fainting robin Unto his nest again, I shall not live in vain. ~ Emily Dickson, Book 1 — Life Friday morning I planned to swim, but just before the alarm sounded at 4:40 am I was lost in a dream. I was holding a lovely little dog, a puppy, who had a heart defect, and nothing could be done for… Read more Just a Dream →

Happy New Year (27 days in)! I’m three months in to a full year Facebook fast, so my connection to the online world has been limited at best. Mostly, this time away has been great for my mental health and anxiety. Unfortunately, I’ve also had bronchitis for two of those three months, so I’ve not been in the best of physical health. I’m on the mend though, which is good because I’ve much work to do in Adamsland. 2019 is turning out to be the year of finishing hard things.… Read more Doing the Hard Things → 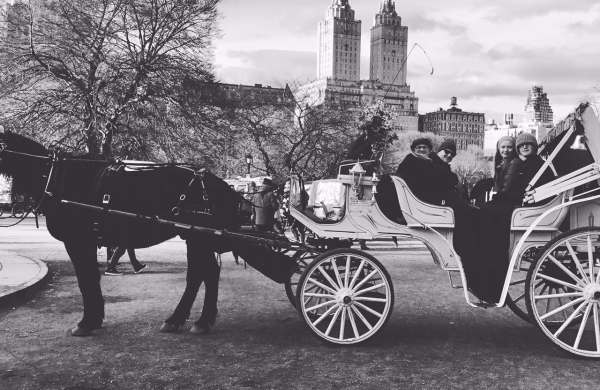 In the coming year Jim and I will celebrate our 25th wedding anniversary. Today we sit quietly contemplating a different anniversary. Sixteen years ago today we learned that our first… Read more Anniversaries, Traditions, and New Beginnings →

How Terribly Strange to be Seventy

The Christmas of 1977, I was three years old. We were driving home from my brother’s Advent program when Slip Slidin’ Away came on the car radio. Without thought, the words, “Daddy!… Read more How Terribly Strange to be Seventy →

The sun will come out tomorrow

Four years ago I wrote this blog post about eleven years prior. Tonight everyone in my house has a cold, except me. Tomorrow, well, tomorrow is the fifteen year anniversary of the flashpoint that initiated  the most most traumatic experiences of my adult life. I started a new job in October. Every morning I drive by the clinic where the events of December 30, 2002 unfolded, and I see the tree that I clung to while the sun was setting. Every night I drive back the same way, but I… Read more The sun will come out tomorrow →

Fifteen years ago this week, I learned I was pregnant for the first time. Fourteen years ago tomorrow, I founded a tiny Yahoo group of women with babies who were one in ten thousand, babies like mine, babies with only half a heart, without a functional right ventricle. Within a few years we incorporated as a nonprofit charity called Hypoplastic Right Hearts. In the last fourteen years we hosted three ground breaking medical conferences hosting cardiologists and surgeons who taught at UCLA, CHLA, Harvard, and Baylor Universities. We hosted panels of… Read more Seasons Change →

When I first wrote my book Heart Warriors, A Family Faces Congenital Heart Disease, its working titles was Informed Consent. I revised more than 60 drafts of the book before it was accepted for publication and a few more after that. The book that was published lost several chapters and paragraphs along the way and found new ones. Today is the 27th of April, 2017. The original first chapter of my book took place reflecting on the 27th of April in 2002 and in 2003. Fifteen years ago tonight I… Read more The Lost Chapter →

Late last summer, while anxious and sleep deprived, my doctor asked me if there were any anniversaries of traumatic events I was remembering. I half laughed, it seems there is always a traumatic event to remember. I told her which one correlated with that time of year. However, I’d not been ruminating or brooding on it as I tended to do in the past. In fact, I’ve spent the last seven years since I started writing my first book working on healing and strenuously moving through the past into the… Read more Just Another Day →