I may have mentioned that I got the rights back to my book, Heart Warriors, A Family Faces Congenital Heart Disease. I am almost done with rewriting it to include my journey with post traumatic stress disorder, but that journey is still unfolding. Tonight is an anniversary – the anniversary of my child’s first surgical scar. It’s on his wrist. It’s still there. I sometimes see it at the dinner table. Unlike the scars on his chest or groin, which I never see anymore now that he’s seventeen, the ones… Read more An Anniversary Book Excerpt →

The Fault in Our Hearts

I’ve never read The Hunger Games, or The Fault in Our Stars. It’s not that I’m dismissive of young adult (YA) literature, it’s just not my thing. I also don’t read westerns, mysteries, science fiction, or most fantasy,  but I do read the news and couldn’t miss the frenzy over The Fault in Our Stars film and author John Green.  I was curious about the title because I’d read that it was from a Shakespeare play, so I looked it up. The source quote is from Julius Caesar and about… Read more The Fault in Our Hearts → 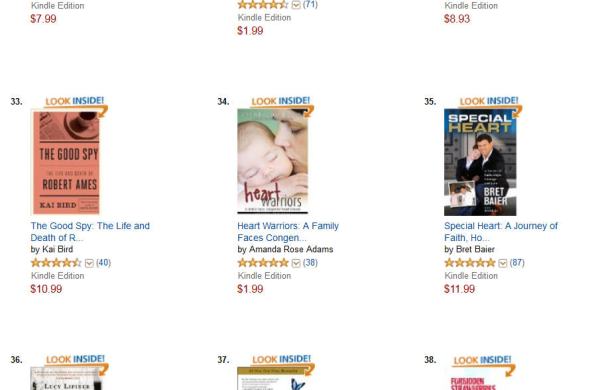 This has been a most interesting week. My book Heart Warriors, A Family Faces Congenital Heart Disease went on sale Wednesday for $1.99, and by the end of the day… Read more While it Lasts →

G is for Graduation, H is for Holter

Staying true to not writing about Liam’s personal life, I’m going to do my best to share only my feelings. Sufficed to say, Liam has never, ever liked Holter monitors, a documented historical fact, and it’s not gotten any better. The Holter monitor came back yesterday, it’s like a boomerang. For those not in the know, a Holter monitor is a smallish box that connects to five leads that are attached to the skin over the ribs and sternum, and Liam happens to be allergic to the adhesive in most… Read more G is for Graduation, H is for Holter →

I wrote this on Facebook tonight. What a blessing it is to forget. Eleven years ago right now, I was drifting off on my very first overnight in a hospital, 22 hours later I would have a living child. 34 hours later we would chose for him: life or death with no guarantees of the former and plenty of opportunity for the latter. Eleven years ago, at this moment, on a Sunday night, I fell asleep on the precipice of the most precarious fall and meteoric bounce a mother could… Read more Eleven →

Recently, at the behest of our cardiologist, we met with a neuropsychologist who administered a great many tests and even called our son’s teacher for an interview. There was no recent trigger for this visit, other than my intense interest in the “Whole Body” health care approach to CHD and our recent trip to the Single Ventricle Survivorship clinic at Children’s Hospital of Philadelphia. The field of neuroscience is advancing rapidly, and the leading pediatric cardiologists are realizing that you can’t put a body on life-support multiple times during a… Read more Half-heart, Whole Body: Part Two, B-R-A-I-N-S →

It Was a Monday

I am not sleeping, so I will write.  Tonight (which is now yesterday) at dinner, Liam asked, “Do you know what today is?” and Jim and I looked at each… Read more It Was a Monday → 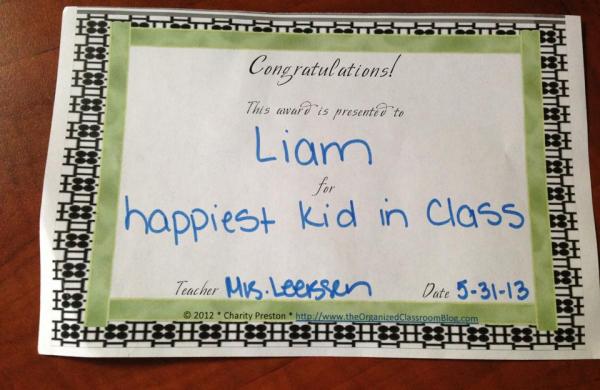 It Can’t be Bought

I strongly believe every one’s happiness is his/her own responsibility.  I can’t make anyone happy except myself, and no one can make me happy except me.  I hold that standard… Read more It Can’t be Bought →