Today is September 15. Today would have been my grandmother Della’s 90th birthday, but she died when she was 76. Her husband, my grandfather, died at 67. He would have been 90 in November. Not one of my four grandparents will ever be ninety, none of them lived even to eighty. My father died at 48, his biological father died at 50. So many people I loved in my youth left early and are now forever young. It’s telling that my mother has been my oldest living DNA contributor since she was 51. Fruit seems to fall early from our family tree.

One of my life goals is to make it to eighty and beyond. If I make it to eighty, I’m almost half-way there. Realistically, most of my life may already be behind me, and I’m only 39. In eight months I’ll be forty. Forty seems younger and younger each year I get closer to forty-eight and the age my father took his departure from this earth.

I’ve demanded a party for my fortieth. I joke that because I’ve thrown hundreds of birthday parties, baby and wedding showers, retirement parties, anniversary parties, etc., I am entitled. I don’t actually believe that. I have thrown many parties, but I’ve always done it out of love not obligation. I just love to celebrate living. I am not entitled, and no one is obliged to me. However, I’ve not had a birthday party since I turned nine. When I was nine, all the people I’ve lost in the second half of my life were still living. When I was nine I knew nothing about loss or the fragility of life. I’ve learned a great deal in thirty-one years, and it is worth celebrating.

I resent the phrase, “the indignities of aging,” because it disregards the beauties of living. Yes, the body is an impermanent and imperfect vessel that requires more care and effort than the ego gladly tolerates. Yet, the flesh is what allows us to touch and be touched. My Grandma Della worked hard her whole life as a wife, mother, businesswoman, bingo aficionado, but the last time I saw her and held her hand it was as soft as silk. All the roughness of her work was worn smooth by time, and yet it was never enough time.

Some people say they would never want to live to be so old that they must be cared for by others, but I’ve cared for so many who left too soon. I would rather live until my passing gives those who love me the most more peace than pain. That would be the sweetest grace, to fade when finished and exit quietly. On the edge of forty, with an adoring husband, small children, a loving extended family and a bounty of friends, I feel I’ve only just begun. Today would have been my grandma’s 90th birthday, and I have never felt younger or more hungry for life. Happy birthday Grandma Della, and thank you for helping me love life.

My Grandparents, both 19, on their wedding day

My grandma Della in her mid-sixties 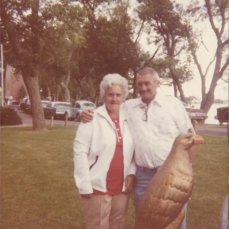 My grandparents in their 50s 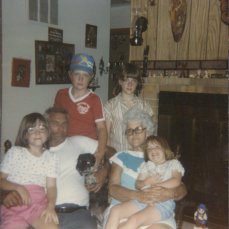 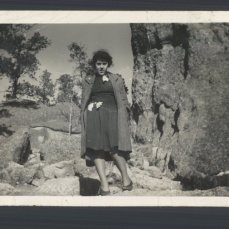 My grandma Della before she had children

Tell me what you think. Cancel reply