In the coming year Jim and I will celebrate our 25th wedding anniversary. Today we sit quietly contemplating a different anniversary. Sixteen years ago today we learned that our first child would be born with half a heart, if he was born alive, if we chose to continue with the pregnancy. It was a brutal trauma, and one I will never forget, no matter how much I work to move beyond it.

These sixteen years started with the worst day of our lives. The only thing that could be worse would be losing Liam, which nearly happened three times. Now, now he’s learning to drive a car and considering what kind of first job might suit his temperament. He’s contemplating college, and I need to look up his PACT and PSAT scores.

In 2010, when Liam was seven I wrote Heart Warriors, A Family Faces Congenital Heart Disease. The book was published in 2012, and it sold 4,940 print copies and a few thousand ebooks and a few hundred audio books. It’s not longer in print, and the publisher has returned my rights when I bought the last sixty copies from the warehouse. The old book is dated as the landscape of Congenital Heart Disease has changed. The hope for futures of kids like Liam and Liam himself has changed – in part because of him and his willingness to be part of medical studies. I am so proud of him.

In the last sixteen years we had a daughter too. Sometimes I call her the shadow sister, as Moira is often overshadowed by the drama of her brother’s earliest battles and continued health concerns. She sang a song for me at her recital this year and I wept for her hard work, thoughtfulness, and kind heart.

This year, we broke all traditions and took the kids to Washington DC and NYC for Christmas. Moira and I went to the Taylor Swift concert in May for Moira’s 14th birthday. We are trying to find balance and enjoy the waning years of our children’s literal childhoods. We will not get this time back, so I am savoring it every day. 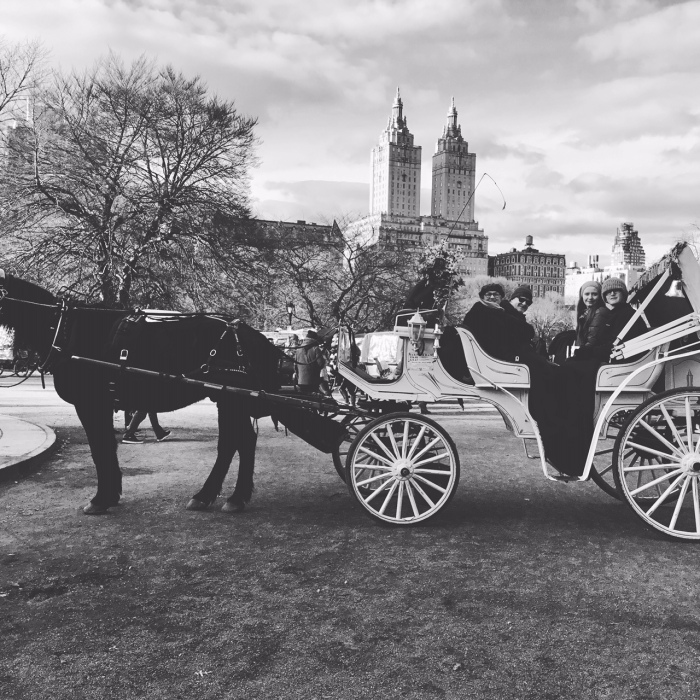 Last month I got off of Facebook entirely and plan to remain off for a year. If you read this and want to share it on Facebook, feel free, but I chose to break from the platform because I contend everyday with state and general anxiety exacerbated by Post Traumatic Stress Disorder. The frenetic and overwhelming energy of Facebook agitates my anxiety and sometimes it triggers my PTSD. I’m sequestering in 2019, to a state of quiet contemplation.

I’ve studied PTSD in depth the past two years. I’ve also done extensive work on my mental health the past six plus years since my book was published. I would not write the same book today because I understand the emotional context of my experiences at a deeper level. I will rewrite Heart Warriors, eventually, to include the lessons from this deep journey of recovery that has been almost as long in years as the time I wrote about in the book. Additionally, I want to share the important information about the medical changes that have happened in the time since I started the book.

Science aside, the trauma was one story, the recovery is another. This is something I want to share with those of you who’ve dealt with serious health traumas whether for your children, selves, partners, or parents. I’ve learned a great deal and I want to share that with my readers, but I have more milestones to reach before I am ready.

So, you will not find me on Facebook, I rarely use Twitter, and I only use Instagram to keep a promise related to a special dog and an even more special girl who gave her to our family. For the next 365+ days, you can find me here. I will try to write more often, but if I don’t, just know I’m working on myself, and I will be back to share the results.

Much love and happiest new year,

Tell me what you think. Cancel reply